In 1894 the Moss family, with a few close musical friends, inaugurated The National College of Music. They were responsible for writing the first syllabuses, renting a property in London, and securing the agreement of a number of eminent musicians, Dukes of the Realm and church leaders of the day who were prepared for their names to be used as Founder Patrons.

Mr William J Moss, the senior member of the family, was a shrewd businessman and he was concerned for the control of the College to remain in the hands of the founders as long as possible. He therefore set up a company under the name of The Musical Reform Association to ensure that policy decisions and financial control were secured.

Harold Moss, Noel Moss, and his widow (Violet neé Hone) in turn became General Secretaries, Mrs Violet Moss holding this responsibility well into her eighties. Most of the certificates and diplomas used today were designed and signed by William J Moss. The certificates for Grades 1 to 8 are large, measuring 11” X 13”. A few years ago a move was made to reduce the size, in line with those offered by most other award-making musical institutions, but there was such a hue and cry from teachers and candidates that the larger size is still used to this day.

Today the NCM is administered by a College Council which meets a number of times annually to ensure that the high musical and academical traditions are upheld. It will review syllabuses, check quality control, discuss policies, approve the appointment of examiners – and so on. 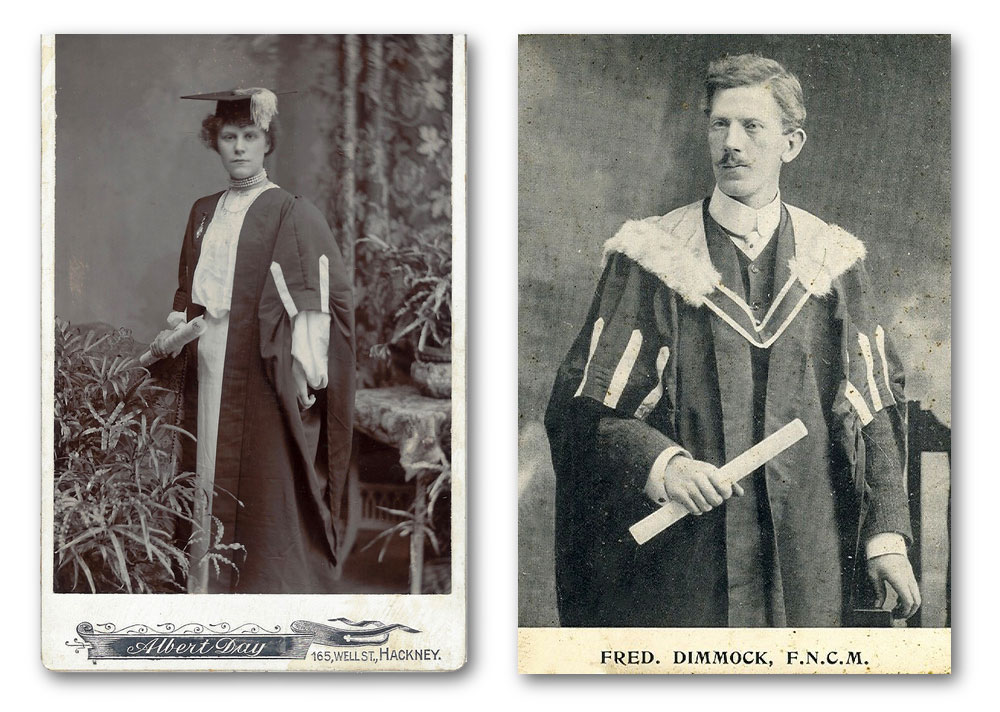 1994 was a special year for The National College. It celebrated its 100th birthday with a Centenary Celebration and Service of Thanksgiving in London, when a programme of music included a string quartet, brass quintet, vocal soloist, elocutionist and organist. High musical standards were achieved and appreciated by a discerning audience. Another important milestone in the same year was recognition of its qualifications and syllabuses by the Secretary of State for Education and the School Curriculum and Assessment Authority.

During recent years the NCM has conducted music examinations and more in a number of overseas centres including Norway, Germany, Australia, Italy, Singapore, Hong Kong, Malta and East Malaysia.

The National College of Music has a unique ethos which it has preserved over the years. Whilst demanding high standards it seeks to develop musicians rather than instrumentalists and encourages candidates to enjoy their studies, whether they are in musical or speech subjects. Examiners try to develop an encouraging and stimulating relationship with candidates so that they feel the examination experience has been helpful and beneficial.